I made a cake the other day for a 5th birthday party. The birthday girl loves Barbie and the colour purple, so her Mum asked for a purple Barbie cake :-) 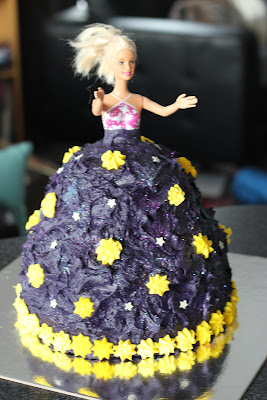 I made a chocolate cake and sandwiched the layers together with raspberry jam.

I made the yellow 'flowers' that I used to decorate the cake, and I sprinkled over lots of edible glitter to make Barbie sparkle. 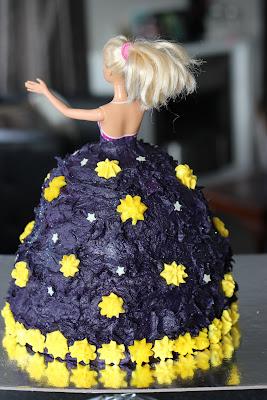 Apparently the birthday girl loved it, so I was thrilled.
Posted by Carina at 19:02 3 comments:

Email ThisBlogThis!Share to TwitterShare to FacebookShare to Pinterest
Labels: Cupcakes and Cakes

My very good friend Courtney got married recently and I was honoured to be asked to make her cake. Courtney's theme was red and yellow and she wanted cupcakes, and a cake. I thought I would go through my process for making the cake (for simplicity, I'm calling it a "cake") as it was a precision mission!

Firstly, flavours. Courtney's husband-to-be loves banana cake, so that was the cake flavour sorted. I suggested a lemon cream cheese icing as I think that's a great combination. For the cupcakes, chocolate with a buttercream icing, half yellow and half red. There were around 100 people at the wedding, so we decided on 60 cupcakes and two banana cakes. As I made a cutting cake for display, the banana cakes were just left out the back and were cut up at dessert time.

I sat down with my recipes and worked out the quantities I would need. Turned out I needed over 11kg of ingredients! 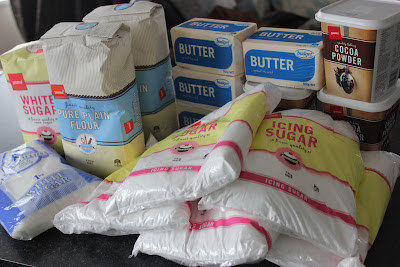 To make things easier for me, and to speed everything up on baking day, I measured everything out into individual quantities and bagged it all up. It took about an hour, but it was well worth the effort. It meant I could go through and make sure I had enough of everything and that I didn't miss anything out (easy to forget something crucial like baking powder when you are a bit stressed - and I knew I would be feeling a little under pressure - wedding cakes are a big deal!) 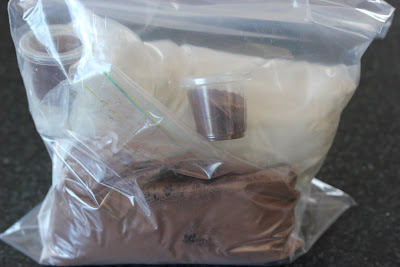 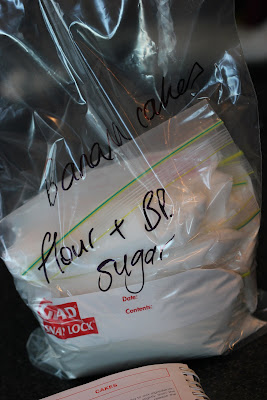 Because of all the prep I had done, baking was actually very stress-free and everything went to plan. I certainly had a production line going! 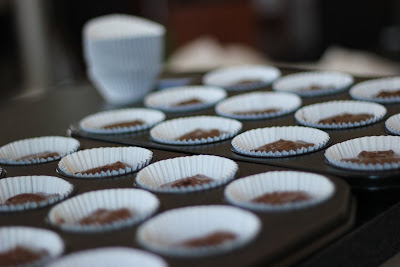 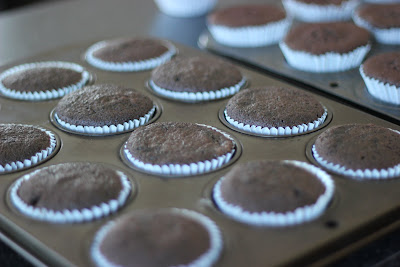 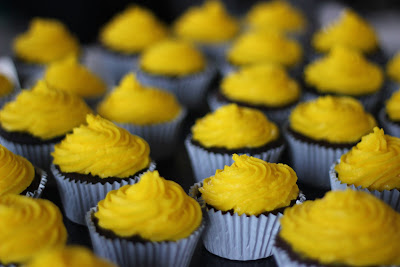 My next challenge was to transport everything two hours away to the wedding venue! I was so paranoid about someone rear-ending me! 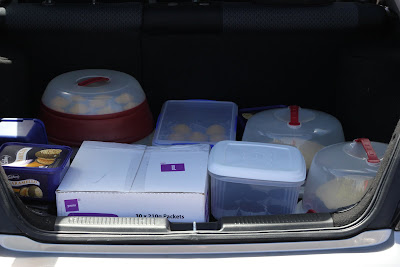 Courtney had arranged for a couple of figurines to be made for the top of the display cake (reflecting the occupations of the bride and groom) - they were pretty cute! These were put on top of the cutting cake - a banana cake that I covered with white fondant and attached a ribbon to.

I was so pleased with how everything turned out, and most importantly, so was the bride! She didn't see the finished result until she walked into the reception venue, so I must admit I was nervously awaiting her arrival!

One of the biggest thrills for me was watching people take photos of my cake! The temptation on the faces of the children present was pretty funny - I guess the bright cupcakes looked pretty enticing if you're only 3! 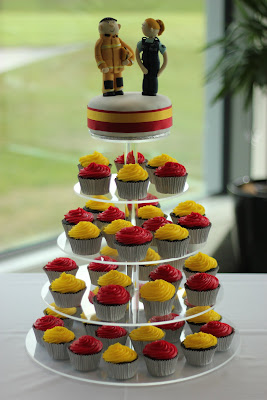 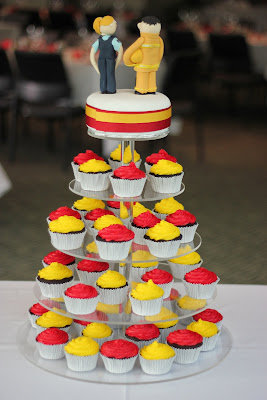 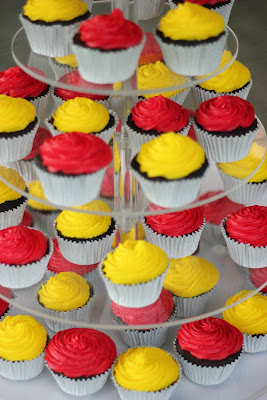 All in all, I am calling this one a success! The cake looked great and the wedding was wonderful.