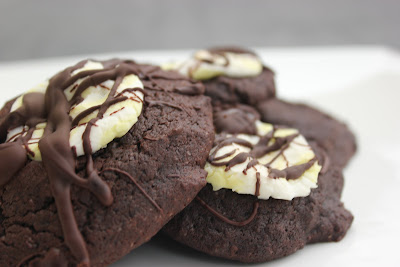 I'm addicted to trying anything new. If the packaging proclaims it's "new", I'm drawn like a magnet to it. I just have to try it. This compulsion does have a down side as sometimes these experiments are downright yuck (like the "natural sugar" German energy drink I spotted in the vending machine at work the other day - give me real sugar any day). But, at least I know. More often than not however, I discover something delicious to add to my pantry.

This week I discovered Pascal Swirl Marshmallows. There were two "new" flavours at New World - berry and caramel. I had to try the caramel.

I guess I do have disclose something here: in my opinion no other marshmallow compares to Pascal marshmallows. I only buy Pascal marshmallows, and I generally only eat the white ones. (OK, so I'm an incredibly fussy marshmallow eater). These new caramel marshmallows were pretty good. They have the same delicious Pascal texture, the thing I love the most about them.

I tried to take a photo, but the Wellington wind thwarted any attempts at getting a decent photo. I did manage to get it, even if it's a bit skewed! 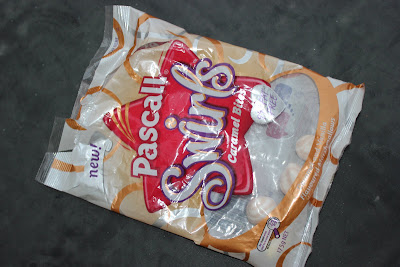 I decided caramel would be the perfect addition to chocolate cookies. 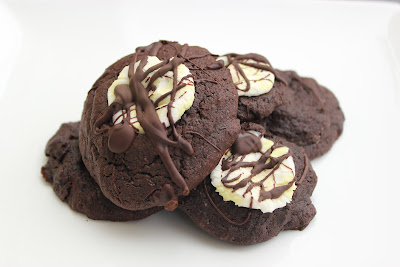 I saw these cookies and decided I had to try them. They are adapted from a recipe from Martha Stewart. I followed Martha's recipe, but drizzled chocolate over rather than icing them, because I decided it would be better, as well as easier.

My only criticism of the new swirl marshmallows would be that their shape does not lend them as well to melting as the traditional marshmallow shape. I had to help them out a little by pressing them down gently.

When I served these cookies up that day after baking them, I heated them in the microwave beforehand. What a great idea! Oozy, warm, melting chocolate goodness. Delicious.